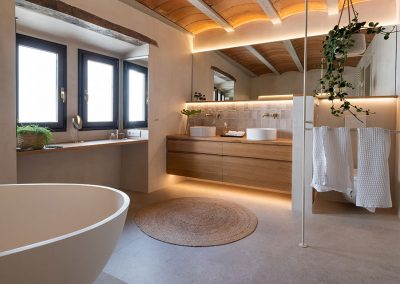 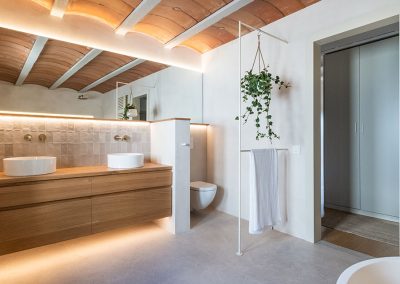 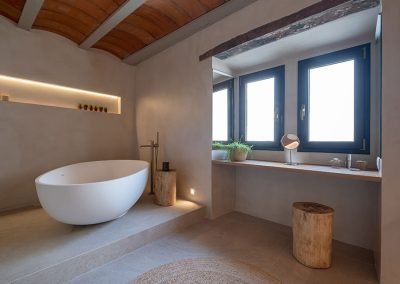 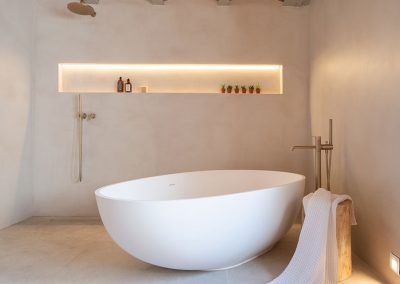 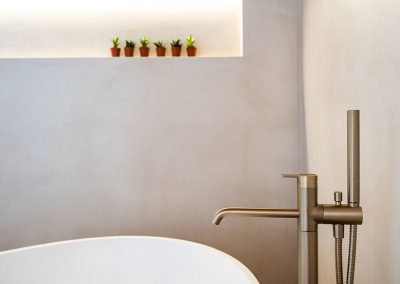 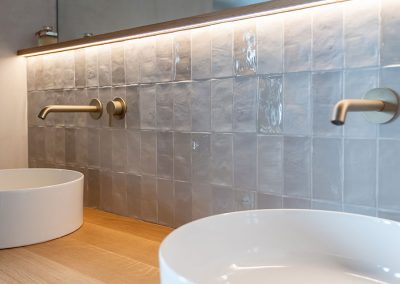 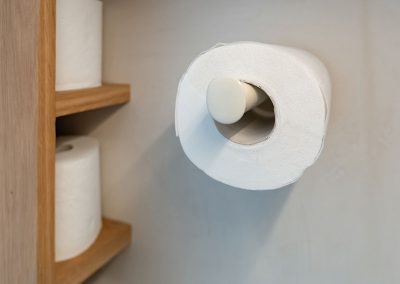 Although the structure of this bathroom was renovated only a few decades ago, the house in which it is located has four centuries of history, so during the design process we took into account that the space had to be pleasant and functional but at the same time it had to integrate well with the aesthetics of the rest of the house.

This conditioned the choice of the ceramics used, as well as the taps and the type of washbasins and wood.
The 12 m2 were distributed in three areas: one for the bath and shower, another for the toilet and a third for the toilet, and each one of them was specifically lit to provide a sensation of enjoyment both during the day and at night.

Highlighting the natural beauty of the room and facilitating its daily use were the premises with which this bathroom was designed in a contemporary style, in a very old house for a modern couple. 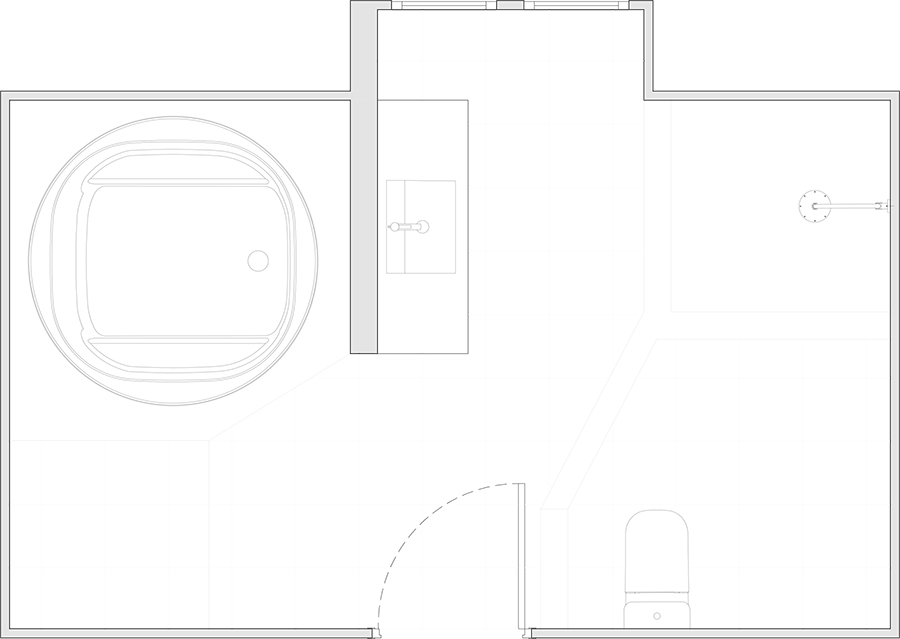 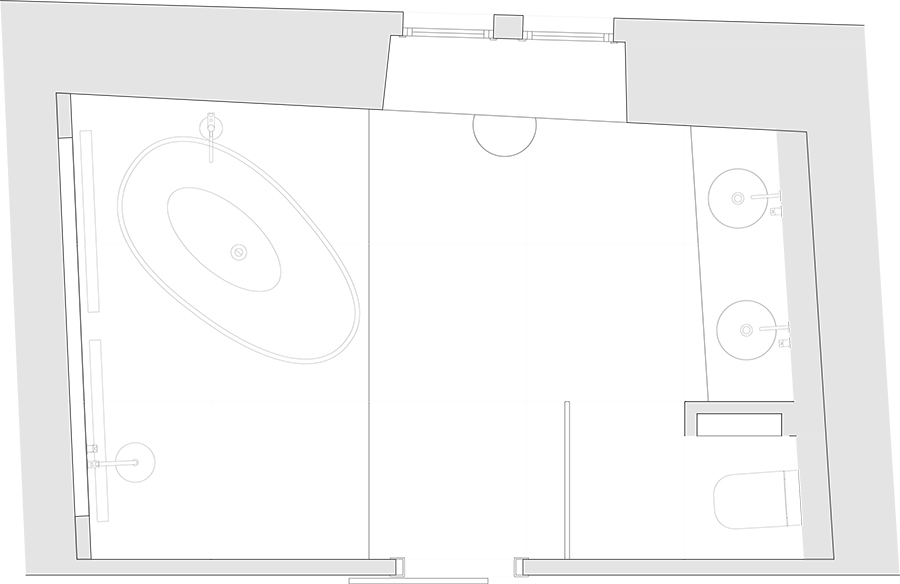