In Sezam we develop the interior design project according to your needs to offer you a design  that combines beauty and functionality managing to extract the maximum spatial distribution of your home.

Listening to your needs

Any project begins the moment we sit down with you to speak and to listen. To know your needs, and to understand what you are looking for before we come up with an approach  adapted specifically to you and your space.

We then begin to measure each of the areas to make a plan of the existing state of your home. Accurate measurements will be the perfect base to develop a suitable proposal and to avoid problems in its execution.

We create the necessary project plans, including materials and furniture, so you can choose the elements that you like. As we complete the proposal, we develop an approximate  budget that we will adjust according to the changes or modifications that you request.

To determine the final budget, we will then have to choose the materials and furniture that are going to form a part of the interior design project. We help you with the selection and take  you to visit the suppliers so that you can check the quality and aesthetics of the elements that we suggest to you.

We proceed with all the permits and licenses that the work could need and contract the construction team most suitable for your project. After more than 15 years in the execution of interior design projects, we have managed to select the best professionals in order for the work to follow through without incident and in the agreed completion period. During the execution, we perform frequent visits on site with, and at your request, you can accompany us to see its evolution and to decide if you want any changes or modifications. 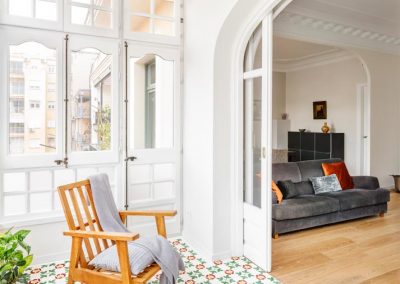 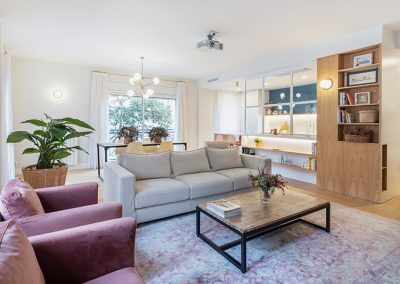 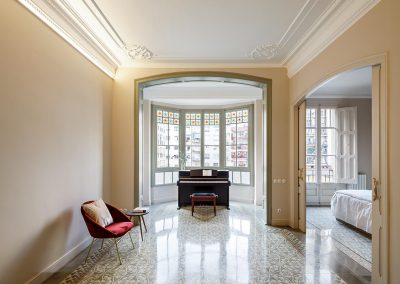 DO YOU HAVE A DECORATION PROJECT IN MIND? CONTACT US FOR MORE INFORMATION
SEE ALL THE PROJECTS

Ending of work and review

Once the project is finished, we review the work that has been completed to check for correct execution. Our service post-execution guarantees that if you detect any issues with the finished project, we will endeavor to solve them swiftly.

The decoration of interiors is to manage, to perceive and to perfect a space 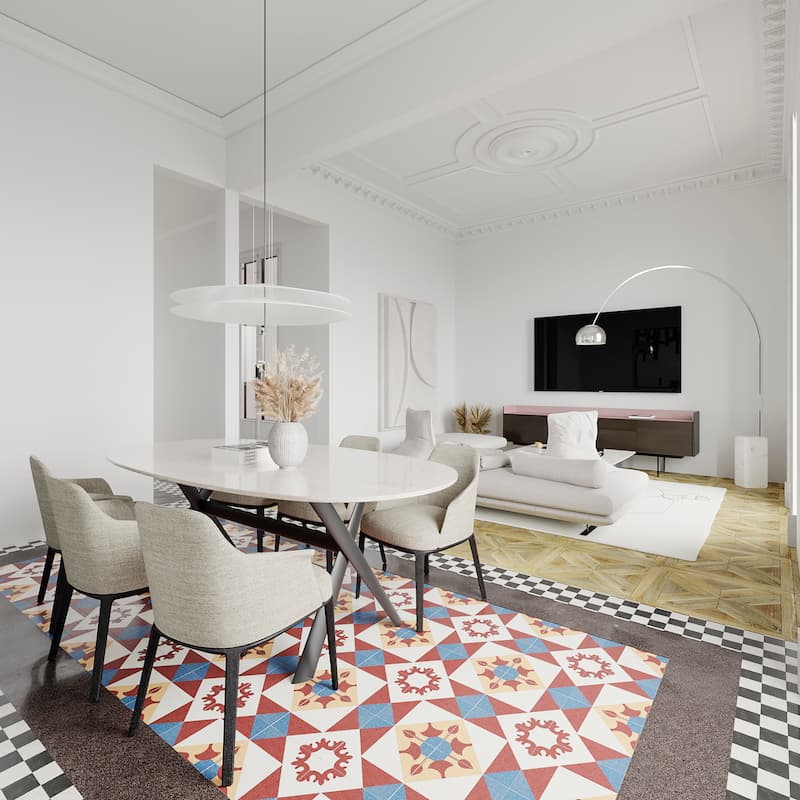 This more than one hundred year old house is located in one of the most sought after areas of Barcelona’s Eixample district.

The project consisted of adapting the space for a couple based in Switzerland and with a second residence in Barcelona. The challenge was to adapt the space to their needs while at the same time preserving the original elements of the building, characteristic of Barcelona’s early 19th century architecture.

GO TO THE PROJECT

Marina knew perfectly what moment we were in. She made a personalized project for which we are very grateful.